Attendance of Senators and House Members Running for President 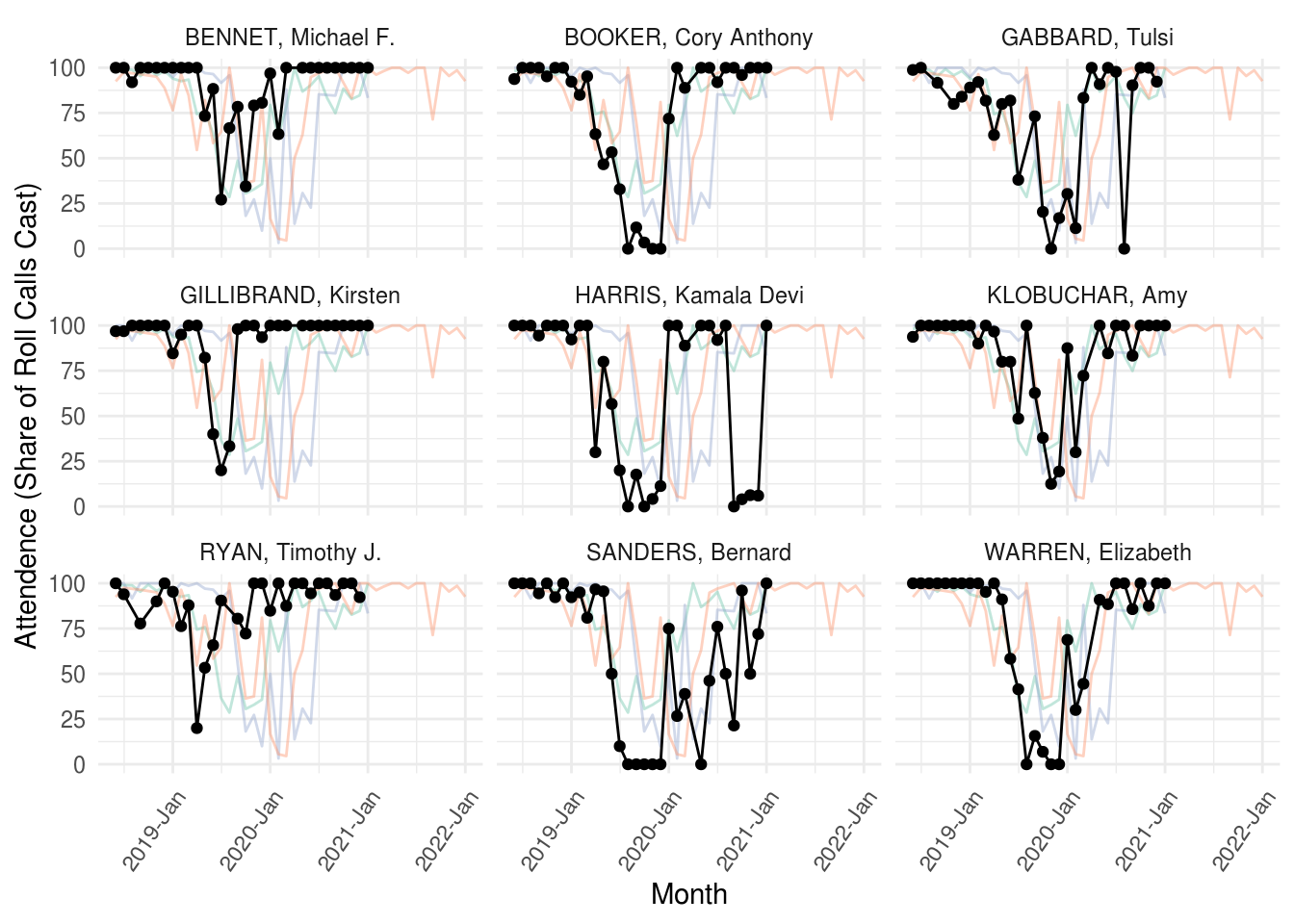