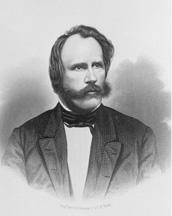 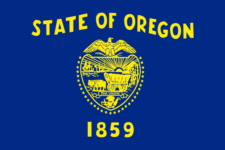 a Senator from Oregon; born in New Lebanon, Columbia County, N.Y., March 26, 1823; completed preparatory studies; studied law; admitted to the bar in 1844 and commenced practice at Fort Madison, Iowa Territory; judge of the first judicial district of Iowa 1847-1852; presidential elector on the Democratic ticket in 1852; chief justice of the Territory of Oregon 1853-1857; reappointed by President James Buchanan but declined; member of the State constitutional convention of Oregon in 1858; elected as a Republican to the United States Senate and served from March 4, 1865, to March 3, 1871; unsuccessful candidate for reelection; Attorney General of the United States in the Cabinet of President Ulysses Grant 1872-1875; nominated by President Grant as Chief Justice of the Supreme Court of the United States in 1873, but subsequently his name was withdrawn; mayor of Portland, Oreg., 1902-1905; died in Portland, Oreg., April 4, 1910; interment in Riverview Cemetery.
Courtesy of Biographical Directory of the United States Congress
Next page