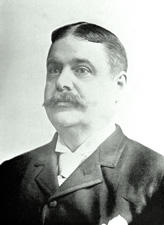 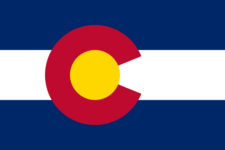 WOLCOTT, Edward Oliver, a Senator from Colorado; born in Long Meadow, Hampden County, Mass., March 26, 1848; attended the common schools; served in the One Hundred and Fiftieth Regiment, Ohio Volunteer Infantry, during the Civil War; attended Yale College; graduated from the law department of Harvard University in 1875; moved to Colorado; taught school and practiced law; elected district attorney in 1876; moved to Denver in 1879; member, State senate 1879-1882; elected in 1889 as a Republican to the United States Senate; reelected in 1895 and served from March 4, 1889, to March 3, 1901; unsuccessful candidate for reelection in 1901 and again in 1902 and 1903; chairman, Committee on Civil Service and Retrenchment (Fifty-first and Fifty-second Congresses), Committee on Post Office and Post Roads (Fifty-fourth through Fifty-sixth Congresses); resumed the practice of law in Denver, Colo.; died in Monte Carlo, Principality of Monaco, March 1, 1905; remains were cremated in Paris, France, and the ashes interred in Woodlawn Cemetery, New York City.
Courtesy of Biographical Directory of the United States Congress
Next page