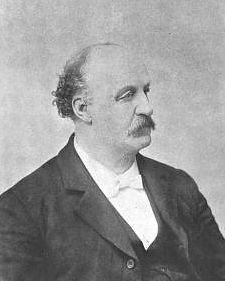 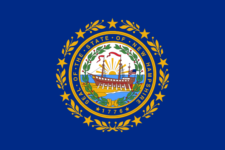 BRIGGS, James Frankland, (father of Frank Obadiah Briggs), Representative from New Hampshire; born in Bury, Lancashire, England, October 23, 1827; immigrated to the United States in 1829 with his parents, who settled in Holderness (now Ashland), N.H.; attended the common schools and Newbury Academy; studied law; was admitted to the bar in 1851 and practiced in Hillsboro, N.H., until 1871; moved to Manchester, N.H.; member of the State house of representatives 1856-1858 and in 1874; during the Civil War served as major of the Eleventh Regiment, New Hampshire Volunteer Infantry; served in the State senate in 1876; elected as a Republican to the Forty-fifth, Forty-sixth, and Forty-seventh Congresses (March 4, 1877-March 3, 1883); chairman, Committee on Expenditures in the Department of War (Forty-seventh Congress); was not a candidate for renomination in 1882; resumed the practice of law; again a member of the State house of representatives in 1883, 1891, and 1897, serving as speaker in 1897; delegate to the State constitutional convention in 1889; died in Manchester, N.H., January 21, 1905; interment in Green Grove Cemetery, Ashland, Grafton County, N.H.
Courtesy of Biographical Directory of the United States Congress
Next page