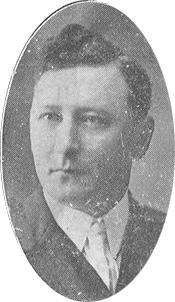 ZIHLMAN, Frederick Nicholas, Representative from Maryland; born in Carnegie, Allegheny County, Pa., October 2, 1879; moved to Maryland with his parents, who settled in Cumberland in 1882; attended the public schools; entered a glass factory in 1890 and apprenticed as a glass blower; president of the local flint-glass workers union 1904-1909 and was a member of the national executive board in 1905 and 1906; president of the Allegany Trades Council 1904-1909; president of the Maryland State Federation of Labor in 1906 and 1907; member of the Maryland State senate 1909-1917, serving as Republican floor leader in 1914 and 1916; engaged in the real estate and insurance business in Cumberland, Md., in 1912; was an unsuccessful candidate for election in 1914 to the Sixty-fourth Congress; elected as a Republican to the Sixty-fifth and to the six succeeding Congresses (March 4, 1917-March 3, 1931); chairman, Committee on Expenditures in the Post Office Department (Sixty-sixth and Sixty-seventh Congresses), Committee on District of Columbia (Sixty-seventh Congress and Sixty-ninth through Seventy-first Congresses), Committee on Labor (Sixty-seventh and Sixty-eighth Congresses); was an unsuccessful candidate for reelection in 1930 and for election in 1934 to the Seventy-fourth Congress; resumed his former business pursuits in Cumberland, Md., where he died on April 22, 1935; interment in St. John's Cemetery, Forest Glen, Md.
Courtesy of Biographical Directory of the United States Congress
Next page