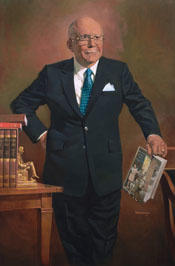 HAWKINS, Augustus Freeman (Gus), Representative from California; born in Shreveport, Caddo Parish, La., August 31, 1907; in 1918, moved to Los Angeles, Calif., with his parents; attended local public schools; graduated from Jefferson High School in 1926, from the University of California at Los Angeles in 1931, and from the University of Southern California in 1932; engaged in the real estate business in 1941; member of the State assembly, 1935-1962; elected as a Democrat to the Eighty-eighth and to the thirteen succeeding Congresses (January 3, 1963-January 3, 1991); chairman, Committee on House Administration (Ninety-seventh and Ninety-eighth Congresses), Committee on Education and Labor (Ninety-eighth through One Hundred First Congresses), Joint Committee on Printing (Ninety-sixth and Ninety-eighth Congresses), Joint Committee on the Library (Ninety-seventh Congress); was not a candidate for renomination in 1990 to the One Hundred Second Congress; died on November 10, 2007, in Bethesda, Md.
Courtesy of Biographical Directory of the United States Congress
Next page