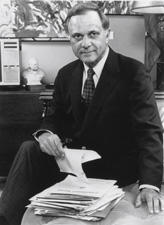 PRYOR, David Hampton, (father of Mark Pryor), Representative and a Senator from Arkansas; born in Camden, Ouachita County, Ark., August 29, 1934; attended the public schools of Camden; attended Henderson State Teachers College; graduated, University of Arkansas 1957; graduated, University of Arkansas Law School 1964; admitted to the bar in 1964 and commenced practice in Camden; founder and publisher, Ouachita Citizen 1957-1960; elected State representative in 1960 and reelected in 1962 and 1964; elected as a Democrat to the Eighty-ninth Congress, August 9, 1966, by special election, to fill the vacancy caused by the resignation of Oren Harris and at the same time elected to the Ninetieth Congress; reelected to the two succeeding Congresses and served from November 8, 1966, to January 3, 1973; was not a candidate for reelection in 1972 to the House of Representatives, but was an unsuccessful candidate for nomination for the United States Senate; Governor of Arkansas 1975-1979; elected as a Democrat to the United States Senate in 1978; reelected in 1984 and 1990 and served from January 3, 1979, to January 3, 1997; was not a candidate for reelection in 1996; chairman, Special Committee on Aging (One Hundred First through One Hundred Third Congresses); Dean, Clinton School of Public Service, University of Arkansas 2004-; is a resident of Little Rock, Ark.
Courtesy of Biographical Directory of the United States Congress
Next page