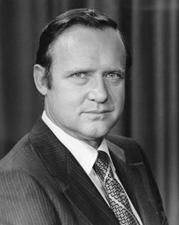 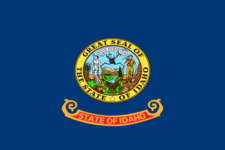 McCLURE, James Albertus, Representative and a Senator from Idaho; born in Payette, Payette County, Idaho, December 27, 1924; attended the public schools of Payette, Idaho; United States Navy 1942-1946; graduated, University of Idaho College of Law 1950; admitted to the bar in 1950 and commenced practice in Payette, Idaho; prosecuting attorney of Payette County 1950-1956; city attorney of Payette 1953-1966; member, State senate 1961-1966; member of the Payette County Central Committee for fifteen years; elected as a Republican to the Ninetieth Congress; reelected to the two succeeding Congresses (January 3, 1967-January 3, 1973); was not a candidate for reelection to the House of Representatives, but was elected in 1972 to the United States Senate; reelected in 1978 and again in 1984 and served from January 3, 1973, to January 3, 1991; not a candidate for reelection in 1990; chairman, Committee on Energy and Natural Resources (Ninety-seventh through Ninety-ninth Congresses), Senate Republican Conference chairman (1981-1985); engaged in mining consulting business in Washington, DC; was a resident of Garden City, Idaho, at the time of his death on February 26, 2011.
Courtesy of Biographical Directory of the United States Congress
Next page