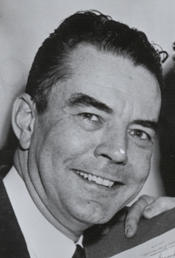 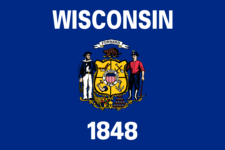 Representative from Wisconsin; born in Green Bay, Brown County Wis., June 12, 1913; attended the public and parochial schools; was graduated from the University of Wisconsin at Madison in 1936 and from the law school of the same university in 1938; was admitted to the bar in 1938 and commenced practice in Green Bay, Wis.; served as a special deputy commissioner of banking for the State of Wisconsin from 1938 until his resignation in 1940 to assume his duties as State senator; member of the State senate 1940-1944, serving as majority floor leader in 1943; elected as a Republican to the Seventy-ninth and to the thirteen succeeding Congresses (January 3, 1945-January 3, 1973); was not a candidate for reelection in 1972 to the Ninety-third Congress; returned to the practice of law in Washington, D.C.; was a resident of Arlington, Va., until his death in Marshfield, Wis., on January 12, 1985.
Courtesy of Biographical Directory of the United States Congress
Next page