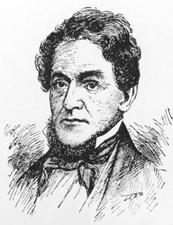 CATHCART, Charles William, Representative and a Senator from Indiana; born July 24, 1809, in Funchal, Island of Madeira, where his father was the United States consul; travelled to Spain with his parents; attended private schools; returned to the United States in 1819 and went to sea; moved to Washington, D.C., in 1830, and was a clerk in the General Land Office; moved to Indiana; justice of the peace at New Durham Township, Ind., in 1833; engaged in agricultural pursuits near La Porte, Ind., in 1837; United States land surveyor; member, State senate 1837-1840; elected as a Democrat to the Twenty-ninth and Thirtieth Congresses (March 4, 1845-March 3, 1849); appointed as a Democrat to the United States Senate to fill the vacancy caused by the death of James Whitcomb and served from December 6, 1852, to January 18, 1853; unsuccessful candidate for election in 1860 to the Thirty-seventh Congress; engaged in agricultural pursuits; died on his farm near La Porte, La Porte County, Ind., August 22, 1888; interment in Pine Lake Cemetery.
Courtesy of Biographical Directory of the United States Congress
Next page