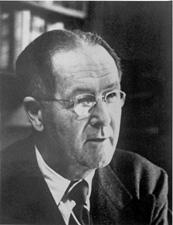 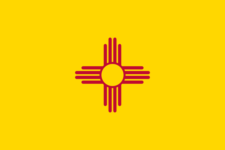 ANDERSON, Clinton Presba, Representative and a Senator from New Mexico; born in Centerville, Turner County, S.Dak., October 23, 1895; attended the public schools, Dakota Wesleyan University, Mitchell, S.Dak., and the University of Michigan at Ann Arbor; moved to Albuquerque, N.Mex., in 1917; newspaper reporter and editor in Albuquerque 1918-1922; engaged in the general insurance business at Albuquerque 1922-1946; served as treasurer of State of New Mexico 1933-1934; administrator of the New Mexico Relief Administration 1935; field representative of the Federal Emergency Relief Administration 1935-1936; chairman and executive director of the Unemployment Compensation Commission of New Mexico 1936-1938; managing director of the United States Coronado Exposition Commission 1939-1940; elected as a Democrat to the Seventy-seventh and to the two succeeding Congresses, and served from January 3, 1941, until his resignation on June 30, 1945, having been appointed Secretary of Agriculture; served as Secretary of Agriculture from June 30, 1945, until his resignation May 10, 1948; elected as a Democrat to the United States Senate in 1948; reelected in 1954, 1960 and 1966, and served from January 3, 1949, to January 3, 1973; was not a candidate for reelection in 1972; chairman, Joint Committee on Atomic Energy (Eighty-fourth and Eighty-sixth Congresses), Joint Committee on Construction of Building for Smithsonian (Eighty-fourth through Eighty-eighth Congresses), Joint Committee on Navaho-Hopi Indian (Eighty-fourth through the Ninety-second Congresses), Special Committee on Preservation of Senate Records (Eighty-fifth and Eighty-sixth Congresses), Committee on Interior and Insular Affairs (Eighty-seventh and Eighty-eighth Congresses), Special Committee on National Fuel Policy (Eighty-seventh Congress), Committee on Aeronautical and Space Sciences (Eighty-eighth through Ninety-second Congresses); returned to Albuquerque and retired from active pursuits; died November 11, 1975; interment in Fairview Memorial Park.
Courtesy of Biographical Directory of the United States Congress
Next page