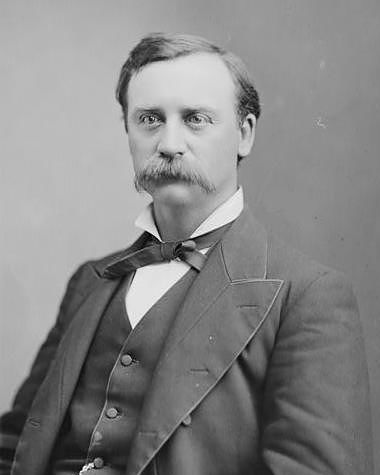 CLARDY, Martin Linn, Representative from Missouri; born in Ste. Genevieve County, near Farmington, Mo., April 26, 1844; attended the St. Louis University and the University of Mississippi at Oxford; was graduated from the University of Virginia at Charlottesville; served in the Confederate Army until the close of the Civil War and retired with the rank of major; studied law; was admitted to the bar and commenced the practice of law in Farmington, St. Francois County, Mo.; elected as a Democrat to the Forty-sixth and to the four succeeding Congresses (March 4, 1879-March 3, 1889); chairman, Committee on Mines and Mining (Forty-ninth Congress), Committee on Commerce (Fiftieth Congress); was an unsuccessful candidate for reelection in 1888 to the Fifty-first Congress; served as a delegate to the Democratic National Convention in 1884; resumed the practice of his profession in Farmington, Mo.; moved to St. Louis, Mo., in 1894, having been appointed general attorney for the Missouri Pacific and St. Louis & Iron Mountain Railway companies, and was elected vice president and general solicitor in 1909 and served until his death in St. Louis, Mo., on July 5, 1914; interment in Bellefontaine Cemetery.
Courtesy of Biographical Directory of the United States Congress
Next page