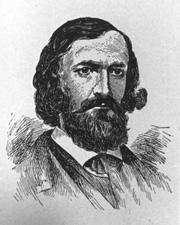 CLAY, Clement Claiborne, Jr., (son of Clement Comer Clay), a Senator from Alabama; born in Huntsville, Ala., December 13, 1816; graduated from the University of Alabama at Tuscaloosa in 1834 and from the law department of the University of Virginia at Charlottesville in 1839; admitted to the bar and commenced practice in Huntsville, Ala., in 1840; member, State house of representatives 1842, 1844, 1845; judge of the county court of Madison County 1846-1848; unsuccessful candidate for election in 1850 to the Thirty-second Congress; elected as a Democrat to the United States Senate to fill the vacancy in the term commencing March 4, 1853, caused by the failure of the legislature to elect; reelected in 1858 and served from November 29, 1853, until his withdrawal on January 21, 1861; seat declared vacant by Senate resolution on March 14, 1861; chairman, Committee on Commerce (Thirty-fifth and Thirty-sixth Congresses): member of the Confederate Senate 1861-1863; was a diplomatic agent of the Confederate States; arrested and imprisoned in Fortress Monroe in 1865; after the war settled on his plantation in Jackson County, Ala., and devoted himself to agricultural pursuits and to the practice of law; died at Wildwood, near Gurley, Madison County, Ala., January 3, 1882; interment in Maple Hill Cemetery, Huntsville, Ala.
Courtesy of Biographical Directory of the United States Congress
Next page