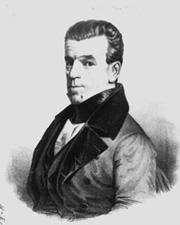 CLAY, Clement Comer, (father of Clement Claiborne Clay, Jr.), Representative and a Senator from Alabama; born in Halifax County, Va., December 17, 1789; moved with his parents to a farm near Knoxville, Tenn.; attended the public schools and graduated from the East Tennessee University in 1807; studied law; admitted to the bar in 1809; moved to Huntsville, Ala., in 1811, and commenced practice; served in the war against the Creek Indians in 1813; member, Territorial council of Alabama 1817-1818; elected a judge of the circuit court in 1819 and chief justice in 1820; resigned in 1823 and resumed the practice of law; member, State house of representatives 1827-1828, and served as speaker; elected to the Twenty-first, Twenty-second, and Twenty-third Congresses (March 4, 1829-March 3, 1835); chairman, Committee on Public Lands (Twenty-third Congress); Governor of Alabama 1836-1837; elected as a Democrat to the United States Senate to fill the vacancy caused by the resignation of John McKinley and served from June 19, 1837, until his resignation on November 15, 1841; chairman, Committee on Engrossed Bills (Twenty-fifth Congress), Committee on Militia (Twenty-fifth and Twenty-sixth Congresses); associate judge of the State supreme court in 1843; codified the laws of Alabama in 1842 and 1843; died in Huntsville, Ala., September 7, 1866; interment in Maple Hill Cemetery.
Courtesy of Biographical Directory of the United States Congress
Next page