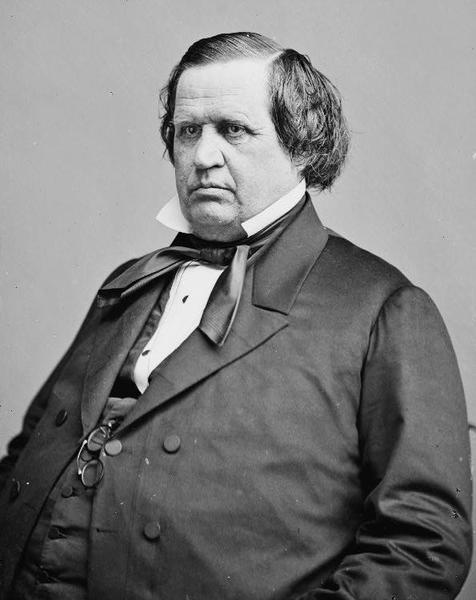 CLIFFORD, Nathan, Representative from Maine; born in Rumney, N.H., August 18, 1803; attended the public schools of Rumney, the Haverhill (N.H.) Academy, and New Hampton Literary Institute; taught school and gave vocal lessons; studied law in New York; was admitted to the bar and commenced practice in Newfield, York County, Maine, in 1827; member of the State house of representatives 1830-1834 and served as speaker the last two years; attorney general 1834-1838; elected as a Democrat to the Twenty-sixth and Twenty-seventh Congresses (March 4, 1839-March 3, 1843); was not a candidate for renomination in 1842; Attorney General of the United States in the Cabinet of President Polk and served from October 17, 1846, to March 17, 1848; commissioner to Mexico, with the rank of Envoy Extraordinary and Minister Plenipotentiary, from March 18, 1848, to September 6, 1849; through him the treaty was arranged with the Mexican Government by which California became a part of the United States; resumed the practice of law in Portland, Maine; appointed Associate Justice of the Supreme Court of the United States, January 28, 1858, and served until his death; president of the electoral commission convened in 1877; died in Cornish, York County, Maine, on July 25, 1881; interment in Evergreen Cemetery, Portland, Maine.
Courtesy of Biographical Directory of the United States Congress
Next page