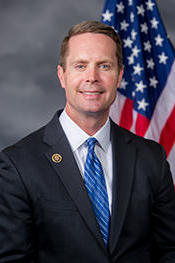 A Representative from Illinois; born in Des Moines, Polk County, Iowa, January 5, 1970; graduated from Taylorville High School, Taylorville, Ill., 1988; B.A., Millikin University, Decatur, Ill., 1992; staff, Illinois secretary of state, 1992-1996; unsuccessful candidate for election to the Illinois state house of representatives in 1996; staff, United States Representative John M. Shimkus of Illinois, 1997-2012; unsuccessful candidate for mayor of Taylorville, Ill., in 2001; elected as a Republican to the One Hundred Thirteenth and to the four succeeding Congresses (January 3, 2013-present).
Courtesy of Biographical Directory of the United States Congress
Next page