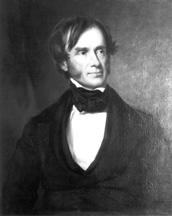 Representative and a Senator from Virginia; born at "The Lodge," Amelia County, Va., March 5, 1789; received private instruction; graduated from William and Mary College, Williamsburg, Va., in 1806; studied law; admitted to the bar in 1810 and practiced in Amelia and Powhatan Counties; served four terms in the State house of delegates between 1812 and 1819; elected to the Sixteenth Congress to fill the vacancy caused by the resignation of James Pleasants; reelected to the Seventeenth and to the six succeeding Congresses (January 3, 1820-March 3, 1835); unsuccessful candidate for reelection in 1834 to the Twenty-fourth Congress; chairman, Committee on Foreign Affairs (Twenty-first through Twenty-third Congresses); elected as a Whig to the United States Senate and served from March 4, 1841, to March 3, 1847; unsuccessful candidate for reelection in 1846; chairman, Committee on Foreign Relations (Twenty-seventh and Twenty-eighth Congresses), Committee on Naval Affairs (Twenty-seventh Congress); resumed the practice of law; died at "The Lodge," in Amelia County, Va., March 28, 1855; interment in a private cemetery at "The Lodge."
Courtesy of Biographical Directory of the United States Congress
Next page