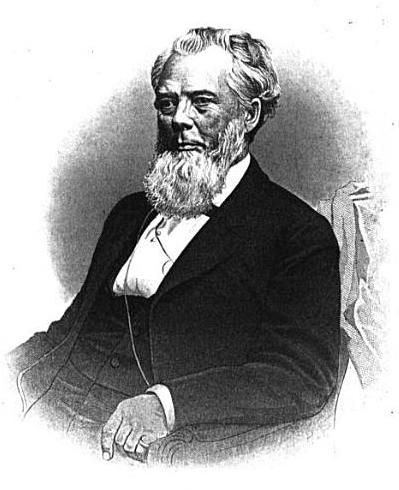 A Representative from Massachusetts; born in Boston, Mass., March 20, 1808; attended the public schools of Washington, D.C., and was graduated from Columbian College (now George Washington University), in that city, in 1825; was admitted to the bar in 1831 and commenced practice in New Bedford, Mass.; member of the State house of representatives in 1839; served in the State senate in 1846; elected as a Whig to the Thirty-third Congress to fill the vacancy caused by the resignation of Zeno Scudder and served from April 17, 1854, to March 3, 1855; declined to be a candidate for renomination in 1854; delegate to the Free-Soil Convention in Worcester, Mass., in 1855; declined to be a candidate for nomination by the Republican Party for attorney general of Massachusetts in 1857; elected as a Republican to the Thirty-sixth and to the four succeeding Congresses (March 4, 1859-March 3, 1869); chairman, Committee on the Freedmen's Bureau (Thirty-ninth and Fortieth Congresses), Committee on Commerce (Fortieth Congress); declined to be a candidate for renomination in 1868; resumed the practice of law in New Bedford, Mass., where he died on June 14, 1870; interment in Oak Grove Cemetery.
Courtesy of Biographical Directory of the United States Congress
Next page