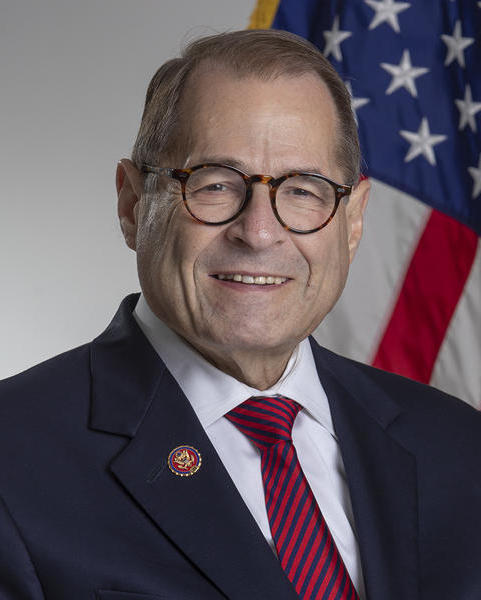 A Representative from New York; born in Brooklyn, Kings County, New York, June 13, 1947; graduated from Stuyvesant High School, New York, N.Y., 1965; B.A., Columbia University, New York, N.Y., 1969; J.D., Fordham University, New York, N.Y., 1978; legislative assistant, New York state assembly, 1972; member of the New York state assembly, 1977-1992; elected as a Democrat to the One Hundred Second Congress, by special election, to fill the vacancy caused by the death of United States Representative Theodore S. Weiss, and to the fifteen succeeding Congresses (November 3, 1992-present); one of the managers appointed by the House of Representatives in 2020 to conduct the impeachment proceedings of Donald J. Trump, President of the United States; chair, Committee on the Judiciary (One Hundred Sixteenth and One Hundred Seventeenth Congresses).
Courtesy of Biographical Directory of the United States Congress
Next page