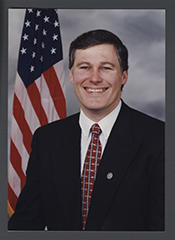 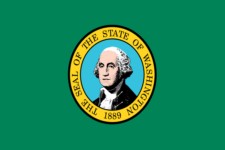 Representative from Washington; born in Seattle, King County, Wash., February 9, 1951; graduated from Ingraham High School, Seattle, Wash., 1969; attended Stanford University, Stanford, Calif., 1969-1970; B.A., University of Washington, Seattle, Wash., 1972; J.D., Willamette University School of Law, Salem, Oreg., 1976; lawyer, private practice; Selah, Wash., city prosecutor, 1976-1984; member of the Washington state house of representatives, 1988-1992; elected as a Democrat to the One Hundred Third Congress (January 3, 1993-January 3, 1995); unsuccessful candidate for reelection to the One Hundred Fourth Congress in 1994; unsuccessful candidate for nomination as governor of Washington in 1996; regional director, United States Department of Health and Human Services, 1997-1998; elected as a Democrat to the One Hundred Sixth Congress and to the six succeeding Congresses until his resignation on March 20, 2012. (January 3, 1999-March 20, 2012); was not a candidate for reelection to the One Hundred Thirteenth Congress in 2012, but was elected governor of Washington; Governor of Washington, 2013-present.
Courtesy of Biographical Directory of the United States Congress
Next page