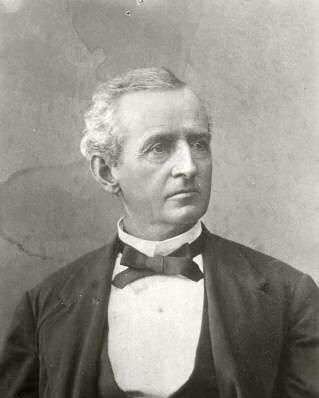 AXTELL, Samuel Beach, Representative from California; born near Columbus, Franklin County, Ohio, October 14, 1819; attended the local schools and Oberlin College; was graduated from Western Reserve College, Hudson, Ohio; studied law; was admitted to the bar in 1843 and commenced practice in Mount Clemens, Mich.; went to California in 1851 and engaged in mining in Amador County; prosecuting attorney of Amador County 1854-1860; moved to San Francisco in 1860 and practiced law; elected as a Democrat to the Fortieth and Forty-first Congresses (March 4, 1867-March 3, 1871); was not a candidate for renomination in 1870; affiliated with the Republican Party during the administration of President Grant; appointed Governor of Utah Territory in 1874 and subsequently, in 1875, transferred to the office of Governor of the Territory of New Mexico; chief justice of the supreme court of the Territory of New Mexico from August 1882 until his resignation May 25, 1885; engaged in the practice of law in Santa Fe, N.Mex.; at the time of his death was counsel of the Southern Pacific Railroad Co. and chairman of the Republican Territorial committee; died while on a visit to Morristown, Morris County, N.J., August 6, 1891; interment in First Presbyterian Church Cemetery.
Courtesy of Biographical Directory of the United States Congress
Next page