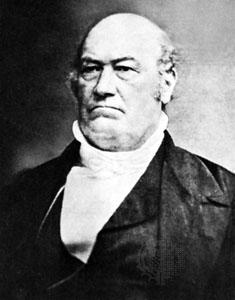 EWING, Thomas, (son of Thomas Ewing [1789-1871]), Representative from Ohio; born in Lancaster, Fairfield County, Ohio, August 7, 1829; pursued preparatory studies; private secretary to President Taylor in 1849 and 1850; was graduated from Brown University, Providence, R.I., in 1854; studied law; was admitted to the bar in 1855 and commenced practice in Cincinnati, Ohio; moved to Leavenworth, Kans., in 1856; member of the Leavenworth constitutional convention of 1858; delegate to the peace convention held in Washington, D.C., in 1861 in an effort to devise means to prevent the impending war; chief justice of the supreme court of Kansas in 1861 and 1862, when he resigned; recruited the Eleventh Regiment, Kansas Volunteer Cavalry, and was commissioned its colonel on September 15, 1862; brigadier general of Volunteers March 13, 1863; brevetted major general of Volunteers; practiced law in Washington, D.C., until 1871, when he returned to Lancaster, Ohio; member of the Ohio State constitutional convention in 1873 and 1874; elected as a Democrat to the Forty-fifth and Forty-sixth Congresses (March 4, 1877-March 3, 1881); declined to be a candidate for renomination in 1880; unsuccessful candidate for Governor of Ohio in 1879; moved to New York City in 1881, where he engaged in the practice of law until his death there on January 21, 1896; interment in Oakland Cemetery, Yonkers, N.Y.
Courtesy of Biographical Directory of the United States Congress
Next page