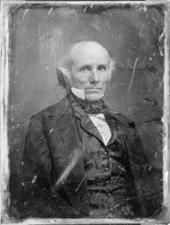 a Senator from Mississippi; born in Fauquier County, Va., February 28, 1804; pursued classical studies; graduated from Washington College (now Washington and Lee University), Lexington, Va., in 1819; studied law; admitted to the bar in 1823 and commenced practice in Tuscumbia, Ala., in 1825; moved to Mississippi in 1826 and practiced law in Jackson, Natchez, Vicksburg, and Raymond; elected as a Democrat to the United States Senate and served from March 4, 1847, until January 8, 1852, when he resigned to become Governor; chairman, Committee on Foreign Relations (Thirty-first and Thirty-second Congresses); Governor of Mississippi 1852-1854; moved to California in 1854; returned to Vicksburg, Miss., in 1858; member of the Southern convention held at Knoxville in 1859; moved to Tennessee and settled near Nashville; elected to the First and Second Confederate Congresses; afterwards moved to Washington, D.C., and practiced law; appointed by President Rutherford Hayes superintendent of the mint at New Orleans 1878-1880; author; died in Nashville, Tenn., on May 20, 1880; interment in Mount Olivet Cemetery.
Courtesy of Biographical Directory of the United States Congress
Next page