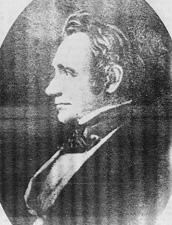 FULTON, William Savin, a Senator from Arkansas; born in Cecil County, Md., June 2, 1795; pursued classical studies and graduated from Baltimore College in 1813; commenced the study of law but during the War of 1812 enlisted in a company of Volunteers at Fort McHenry; after the war moved to Tennessee and resumed the study of law; admitted to the bar in 1817 and commenced practice in Gallatin, Tenn.; military secretary to General Andrew Jackson in his Florida campaign in 1818; moved to Alabama in 1820 and settled in Florence; elected judge of the county court in 1822; appointed by President Andrew Jackson secretary of the Territory of Arkansas in 1829; Governor of Arkansas 1835-1836; upon the admission of Arkansas as a State was elected as a Jacksonian (later Democrat) to the United States Senate; reelected in 1840 and served from September 18, 1836, until his death in Little Rock, Ark., August 15, 1844; chairman, Committee on Public Buildings (Twenty-fifth and Twenty-sixth Congresses); interment in Mount Holly Cemetery.
Courtesy of Biographical Directory of the United States Congress
Next page