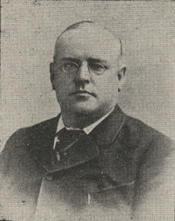 GEARY, Thomas J., Representative from California; born in Boston, Mass., January 18, 1854; moved with his parents to San Francisco, Calif., in April 1863; attended the public schools; studied law at St. Ignatius College; was admitted to the bar in 1877 and commenced practice in Petaluna, Calif., moving to Santa Rosa, Calif., in 1882; district attorney of Sonoma County, Calif., in 1883 and 1884; resumed the practice of law; elected as a Democrat to the Fifty-first Congress to fill the vacancy caused by the resignation of John J. De Haven; reelected to the Fifty-second and Fifty-third Congresses and served from December 9, 1890, to March 3, 1895; unsuccessful candidate for reelection in 1894 to the Fifty-fourth Congress; resumed the practice of law; moved to Nome, Alaska, in 1900, to San Francisco, Calif., in 1902, and returned to Santa Rosa, Calif., in 1903, continuing the practice of law; city attorney in 1906; retired from active pursuits in 1923; died in Santa Rosa, Calif., July 6, 1929; interment in Rural Cemetery.
Courtesy of Biographical Directory of the United States Congress
Next page