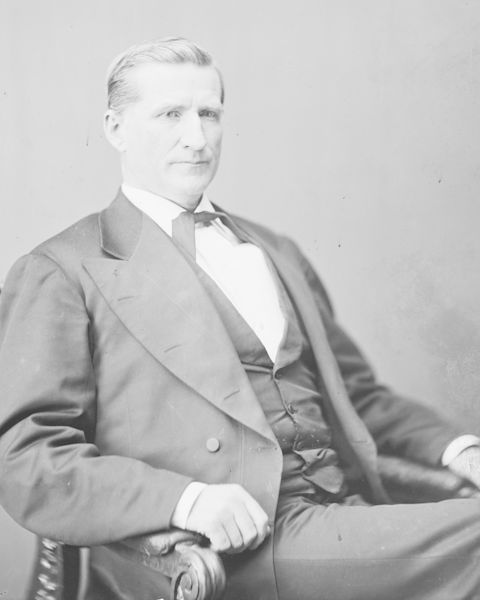 GOODE, John, Jr., Representative from Virginia; born near Liberty (now Bedford), Bedford County, Va., May 27, 1829; attended the New London Academy, and was graduated from Emory and Henry College, Emory, Va., in 1848; studied law; was admitted to the bar in April 1851 and commenced practice in Liberty, Va.; member of the State house of delegates in 1852; member of the State convention which passed the ordinance of secession in 1861; served as a colonel in the Confederate Army during the Civil War; twice elected a member of the Confederate Congress; moved to Norfolk, Va., in 1865 and continued the practice of his profession; again served in the State house of delegates in 1866 and 1867; member of the Democratic National Executive Committee 1868-1876; delegate to the Democratic National Conventions in 1868, 1872, 1884, and 1892; elected as a Democrat to the Forty-fourth, Forty-fifth, and Forty-sixth Congresses (March 4, 1875-March 3, 1881); chairman, Committee on Education and Labor (Forty-fifth and Forty-sixth Congresses); unsuccessful candidate for reelection in 1880 to the Forty-seventh Congress; appointed Solicitor General of the United States by President Cleveland in May 1885 and served until August 1886; member of the United States and Chilean Claims Commission in 1893; president of the Virginia State Bar Association in 1898; member and president of the State constitutional convention in 1901 and 1902; resumed the practice of law in Washington, D.C.; died in Norfolk, Va., July 14, 1909; interment in Longwood Cemetery, Bedford, Va.
Courtesy of Biographical Directory of the United States Congress
Next page