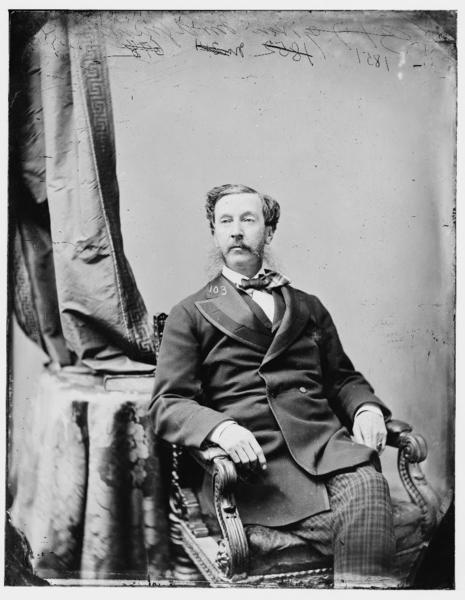 A Representative from New York; born in Nassau, Rensselaer County, N.Y., November 11, 1822; received an academic training; engaged in mercantile pursuits and in steel manufacture; mayor of Troy in 1855; engaged in banking and also served as president of the Troy & Lansingburgh Railroad Co., of the Troy & Cohoes Railroad Co., and of the New Orleans, Mobile & Texas Railroad Co.; was an unsuccessful candidate for election in 1860 to the Thirty-seventh Congress; elected as a Democrat to the Thirty-eighth Congress (March 4, 1863-March 3, 1865); reelected as a Republican to the Thirty-ninth and Fortieth Congresses (March 4, 1865-March 3, 1869); was not a candidate for renomination in 1868 but was an unsuccessful Republican candidate for Governor of New York; elected regent of the University of the State of New York April 29, 1869; died in Troy, N.Y., on October 31, 1872; interment in Oakwood Cemetery.
Courtesy of Biographical Directory of the United States Congress
Next page