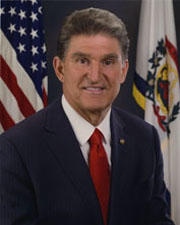 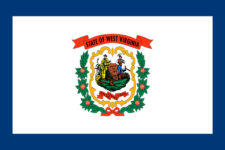 A Senator from West Virginia; born August 24, 1947, in Farmington, Marion County, West Virginia; graduated Farmington High School, Farmington, WV, 1965; B.A., West Virginia University, 1970; businessman; member of the West Virginia house of delegates 1982-1986; member of the West Virginia state senate 1986-1996; unsuccessful candidate for the Democratic gubernatorial nomination in 1996; Secretary of State, West Virginia 2000-2004; elected governor of West Virginia in 2004 and reelected in 2008; chairman of the National Governors Association 2010; elected as a Democrat to the U.S. Senate in a special election on November 2, 2010, to fill the vacancy caused by the death of Robert C. Byrd, a seat subsequently held by appointed senator Carte Goodwin, and took the oath of office on November 15, 2010; reelected in 2012, and again in 2018 for the term ending January 3, 2025; vice-chair, Democratic Policy and Communications Committee (2017-); chair, Committee on Energy and Natural Resources (One Hundred Seventeenth Congress).
Courtesy of Biographical Directory of the United States Congress
Next page