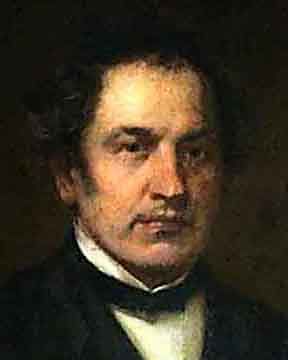 Representative from New York; born in Chenango County, N.Y., November 27, 1810; attended the common schools and was instructed by a private tutor in the classics; pursued a course in medicine; studied law; was admitted to the bar in 1835 and commenced practice in Buffalo, N.Y.; commissioner of deeds; district attorney of Erie County 1844-1846; mayor of Buffalo, N.Y., 1846 and 1847; elected as a Whig to the Thirty-second and Thirty-third Congresses, and reelected as an Opposition Party candidate to the Thirty-fourth Congress (March 4, 1851-March 3, 1857); unsuccessful candidate for reelection in 1856 to the Thirty-fifth Congress and for election in 1860 to the Thirty-seventh Congress; engaged in the practice of his profession until his death in Buffalo, N.Y., December 24, 1861; interment in Forest Lawn Cemetery.
Courtesy of Biographical Directory of the United States Congress
Next page