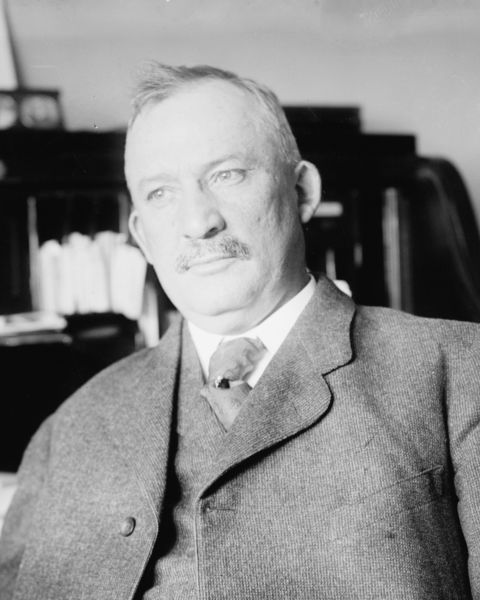 HAY, James, Representative from Virginia; born in Millwood, Clark County, Va., January 9, 1856; attended private schools and the University of Pennsylvania at Philadelphia; was graduated from the law department of Washington and Lee University, Lexington, Va., in 1877; was admitted to the bar and commenced practice in Harrisonburg, Va., in 1877; moved to Madison, Va., in June 1879 and continued the practice of law; Commonwealth attorney 1883-1896; member of the State house of delegates 1885-1889; served in the State senate 1893-1897; member of the Democratic State committee in 1888; delegate to the Democratic National Convention in 1888; elected as a Democrat to the Fifty-fifth and to the nine succeeding Congresses and served from March 4, 1897, until his resignation on October 1, 1916; chairman, Committee on Military Affairs (Sixty-second through Sixty-fourth Congresses); appointed judge of the United States Court of Claims and served until December 1, 1927, when he resigned; died in Madison, Va., June 12, 1931; interment in Cedar Hill Cemetery.
Courtesy of Biographical Directory of the United States Congress
Next page