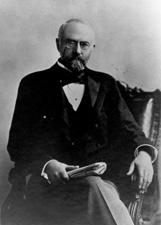 HENDERSON, John Brooks, a Senator from Missouri; born near Danville, Pittsylvania County, Va., November 16, 1826; moved with his parents to Lincoln County, Mo.; studied on his own while a farm hand; taught school; admitted to the bar in 1844 and practiced; member, State house of representatives 1848-1850, 1856-1858; active in Democratic politics; commissioned a brigadier general in the State militia in 1861; appointed and subsequently elected to the United States Senate as a Unionist to fill the vacancy caused by the expulsion of Trusten Polk; reelected in 1863 and served from January 17, 1862, to March 3, 1869; was not a candidate for reelection; chairman, Committee to Audit and Control the Contingent Expense (Thirty-ninth Congress), Committee on Indian Affairs (Thirty-ninth and Fortieth Congresses); unsuccessful candidate for Governor and Senator; special United States attorney for prosecution of the Whiskey Ring at St. Louis in 1875; appointed a commissioner to treat with hostile tribes of Indians in 1877; moved to Washington, D.C., in 1888; writer; resided in the capital until his death, April 12, 1913; interment in Greenwood Cemetery, Brooklyn, N.Y.
Courtesy of Biographical Directory of the United States Congress
Next page