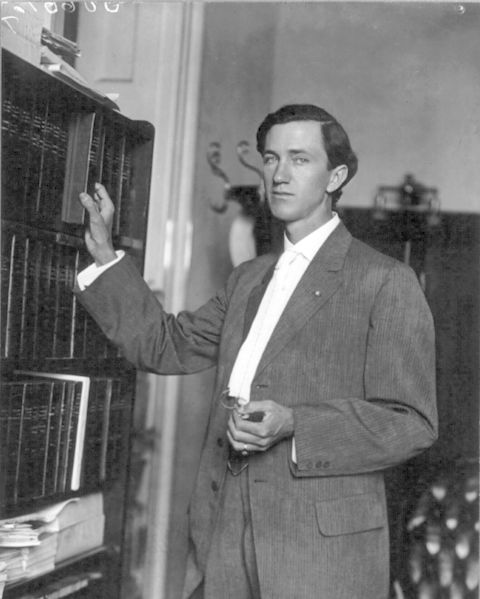 HOWARD, William Schley, (cousin of Augustus O. Bacon), Representative from Georgia; born in Kirkwood, De Kalb County, Ga., June 29, 1875; attended Neels Academy; was a page in the State house of representatives in 1888 and 1889; calendar clerk of the Georgia house of representatives in 1890 and 1891; private secretary to United States Senator Patrick Walsh of Georgia from August 8, 1894, to February 18, 1895; studied law; was admitted to the bar in 1897 and commenced practice in Wrightsville, Ga.; enlisted in the Third Regiment, Georgia Volunteer Infantry, on July 2, 1898, and served as sergeant during the Spanish-American War; returned to De Kalb County and resumed the practice of his profession; member of the State house of representatives in 1900 and 1901; solicitor general of the Stone Mountain judicial circuit 1905-1911; elected as a Democrat to the Sixty-second and to the three succeeding Congresses (March 4, 1911-March 3, 1919); unsuccessful candidate in 1918 for nomination for the United States Senate; resumed the practice of law in Atlanta, Ga., until his death there on August 1, 1953; interment in Decatur Cemetery, Decatur, Ga.
Courtesy of Biographical Directory of the United States Congress
Next page