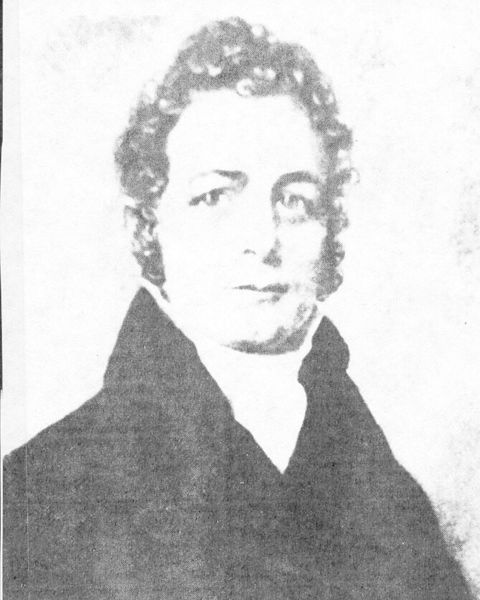 JACKSON, John George, (son of George Jackson, brother of Edward Brake Jackson, and grandfather of William Thomas Bland), Representative from Virginia; born in Buckhannon, Va. (now West Virginia), September 22, 1777; moved with his parents to Clarksburg in 1784; received an English training and became a civil engineer; appointed surveyor of public lands of what is now the State of Ohio in 1793; member of the Virginia house of delegates 1798-1801; elected as a Republican to the Eighth and to the three succeeding Congresses and served from March 4, 1803, to September 28, 1810, when he resigned; while in Congress fought a duel with Joseph Pearson, of North Carolina, and on the second fire was wounded in the hip; member of the State house of delegates in 1811 and 1812; brigadier general of Virginia Militia in 1812; elected as a Republican to the Thirteenth and Fourteenth Congresses (March 4, 1813-March 3, 1817); declined to be a candidate for reelection in 1816 to the Fifteenth Congress; appointed United States district judge for the western district of Virginia in 1819 and served until his death in Clarksburg, Va. (now West Virginia), March 28, 1825; interment in the Old Jackson Cemetery.
Courtesy of Biographical Directory of the United States Congress
Next page