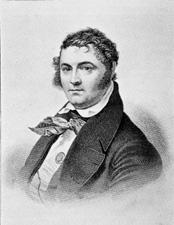 a Senator from Missouri; born near Louisville, Ky., November 5, 1796; received a meager academic education; studied medicine in Louisville; served in the War of 1812 as a surgeon; completed his medical studies at Philadelphia, Pa., in 1816; admitted to practice and located at Saint Genevieve, Territory of Missouri, where he played a significant role in combating two cholera epidemics; member, State senate 1827; appointed to the French Land Claims Commission in Missouri in 1832; appointed and subsequently elected as a Jacksonian (later Democrat) to the United States Senate to fill the vacancy caused by the death of Alexander Buckner; reelected in 1836 and again in 1842 and served from October 25, 1833, until his death in Saint Genevieve, Mo., on October 3, 1843; chairman, Committee on Private Land Claims (Twenty-fourth through Twenty-sixth Congresses), Committee on Agriculture (Twenty-seventh Congress); interment in the Protestant Cemetery.
Courtesy of Biographical Directory of the United States Congress
Next page