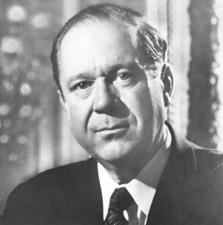 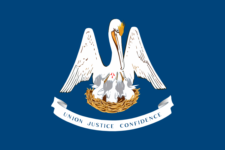 LONG, Russell Billiu, (son of Huey Pierce Long and Rose McConnell Long, cousin of Gillis W., and nephew of George S. Long), a Senator from Louisiana; born in Shreveport, Caddo Parish, La., November 3, 1918; attended the public schools of Shreveport, Baton Rouge, and New Orleans, La.; graduated from Louisiana State University at Baton Rouge in 1941 and from its law school in 1942; admitted to the bar in 1942 and commenced practice in Baton Rouge, La., in 1946; during the Second World War served in the United States Naval Reserve from June 1942 until discharged as a lieutenant in December 1945; elected as a Democrat to the United States Senate on November 2, 1948, to fill the vacancy in the term ending January 3, 1951, caused by the death of John H. Overton and took his seat December 31, 1948; reelected in 1950, 1956, 1962, 1968, 1974, and 1980 and served from December 31, 1948, to January 3, 1987; did not seek reelection in 1986; Democratic whip 1965-1969; chairman, Committee on Finance (Eighty-ninth through Ninety-sixth Congresses), co-chairman, Joint Committee on Internal Revenue Taxation (Eighty-ninth Congress), chairman, Joint Committee on Internal Revenue Taxation (Ninetieth through Ninety-fourth Congresses), Joint Committee on Taxation (Ninety-fifth and Ninety-sixth Congresses); practiced law in Washington, D.C., and Baton Rouge, La.; was a resident of Washington, D.C., at the time of his death on May 9, 2003; interment in Roselawn Memorial Park in Baton Rouge.
Courtesy of Biographical Directory of the United States Congress
Next page