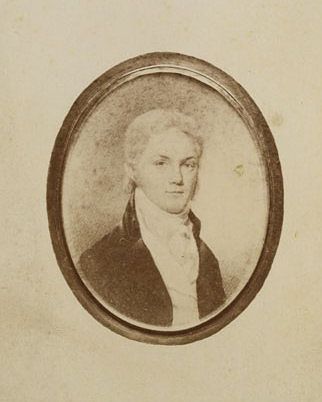 MERCER, Charles Fenton, (cousin of Robert Selden Garnett), Representative from Virginia; born in Fredericksburg, Va., June 16, 1778; was graduated from Princeton College in 1797; took a postgraduate course in the same college and received his degree in 1800; studied law; was admitted to the bar in 1802 and commenced practice in Aldie, Loudoun County, Va.; member of the State house of delegates 1810-1817; during the War of 1812 was appointed lieutenant colonel of a Virginia regiment and then major in command at Norfolk, Va.; inspector general in 1814; aide-de-camp to Governor Barbour and brigadier general in command of the Second Virginia Brigade; projector and first president of the Chesapeake & Ohio Canal Co. 1828-1833; delegate to the State constitutional convention in 1829; elected as a Federalist to the Fifteenth through the Seventeenth Congresses; reelected to the Eighteenth Congress as a Crawford Republican; reelected to the Nineteenth and Twentieth Congresses as an Adams; reelected as an Anti-Jacksonian to the Twenty-First through the Twenty-fourth Congresses; reelected as a Whig to the Twenty-fifth through Twenty-sixth Congresses and served from March 4, 1817, to December 26, 1839, when he resigned; chairman, Committee on Roads and Canals (Twenty-second through Twenty-fifth Congresses); was one of the originators of the plan for establishing the Free State of Liberia; vice president of the Virginia Colonization Society in 1836; vice president of the National Society of Agriculture in 1842; died in Howard, near Alexandria, Va., May 4, 1858; interment in Union Cemetery, Leesburg, Loudoun County, Va.
Courtesy of Biographical Directory of the United States Congress
Next page