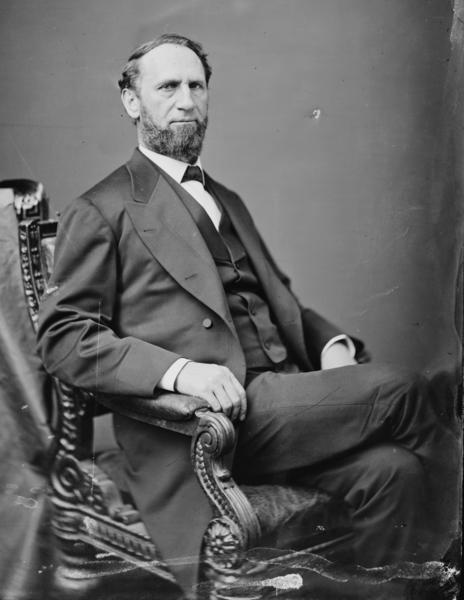 MERCUR, Ulysses, Representative from Pennsylvania; born in Towanda, Bradford County, Pa., August 12, 1818; pursued classical studies; was graduated from Jefferson College, Canonsburg, Pa., in 1842; studied law; was admitted to the bar and commenced practice in Towanda in 1843; delegate to the Republican National Convention in 1856; president judge of the thirteenth judicial district of Pennsylvania from 1861 until March 4, 1865, when he resigned; elected as a Republican to the Thirty-ninth and to the three succeeding Congresses and served from March 4, 1865, until December 2, 1872, when he resigned to accept a judicial position; chairman, Committee on Private Land Claims (Forty-second Congress); associate justice of the supreme court of Pennsylvania 1872-1883; appointed chief justice in 1883 and served until his death in Wallingford, Pa., June 6, 1887; interment in Oak Hill Cemetery, Towanda, Pa.
Courtesy of Biographical Directory of the United States Congress
Next page