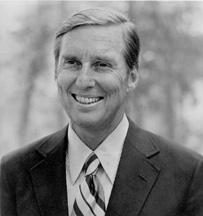 BENTSEN, Lloyd Millard, Jr., (uncle of Ken Bentsen), Representative and a Senator from Texas; born in Mission, Tex., February 11, 1921; attended the public schools; graduated, University of Texas Law School at Austin 1942 and was admitted to the bar the same year; served in the United States Army Air Forces 1942-1945, attaining rank of major; awarded the Distinguished Flying Cross; entered the private practice of law in McAllen, Tex., in 1945; county judge of Hidalgo County 1946-1948; elected in 1948 as a Democrat in to the Eighty-first Congress and, at a special election on December 4, 1948, to fill the vacancy in the Eightieth Congress caused by the death of Milton H. West; reelected to the Eighty-second and Eighty-third Congresses and served from December 4, 1948, to January 3, 1955; was not a candidate for renomination in 1954; founded and operated a financial holding company in Texas; elected as a Democrat in 1970 to the United States Senate for the term commencing January 3, 1971; reelected in 1976, 1982, and 1988, and served from January 3, 1971, until his resignation on January 20, 1993; unsuccessful candidate for the Democratic nomination for President of the United States in 1976; chairman, Joint Economic Committee (Ninety-eighth Congress), Democratic Senatorial Campaign Committee (Ninety-eighth Congress), Committee on Finance (One Hundredth through One Hundred Second Congresses); Democratic candidate for Vice President of the United States 1988; Secretary of the Treasury in the Cabinet of President William Jefferson Clinton, 1993-1994; awarded the Presidential Medal of Freedom on August 11, 1999; was a resident of Houston, Texas, at the time of his death on May 23, 2006; interment in Forest Park Lawndale Cemetery in Houston, Texas.
Courtesy of Biographical Directory of the United States Congress
Next page