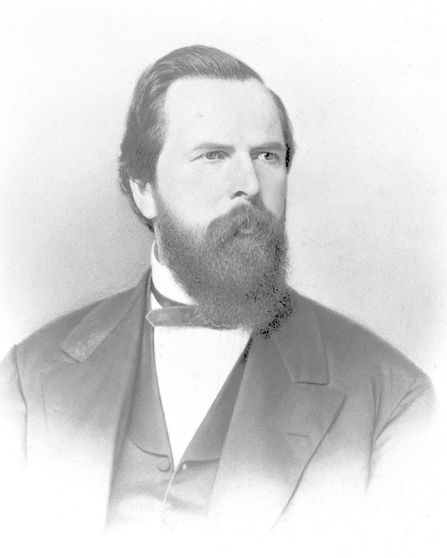 Representative from California; born in Chautauqua County, N.Y., August 5, 1819; moved with his parents to Erie, Pa., in 1829 and to Ashtabula County, Ohio, in 1831; attended the country schools and Kingsville Academy, Ashtabula, Ohio; taught school in Ohio; spent two years in Missouri and taught school; crossed the Rockies and Sierras with the first overland expedition, arriving in the Sacramento Valley, California, on November 4, 1841; secured employment on the ranch of John A. Sutter; later engaged in mining; served in the War with Mexico, attaining the rank of major; member of the State senate in 1849; supervisor in California of the United States census in 1850 and in 1860; delegate to the Democratic National Convention at Charleston in 1860; was appointed brigadier general of the California Militia in 1863; delegate to the Republican National Convention in 1864; elected as a Republican to the Thirty-ninth Congress (March 4, 1865-March 3, 1867); chairman, Committee on Agriculture (Thirty-ninth Congress); was not a candidate for renomination in 1866; engaged extensively in agricultural pursuits; unsuccessful candidate for Governor of California in 1875 on the Anti-Monopoly ticket; presided over the Prohibition State convention in 1888 and was the unsuccessful candidate of that party for Governor of California in 1890 and for President of the United States in 1892; died in Chico, Butte County, Calif., April 4, 1900; interment in Chico Cemetery.
Courtesy of Biographical Directory of the United States Congress
Next page