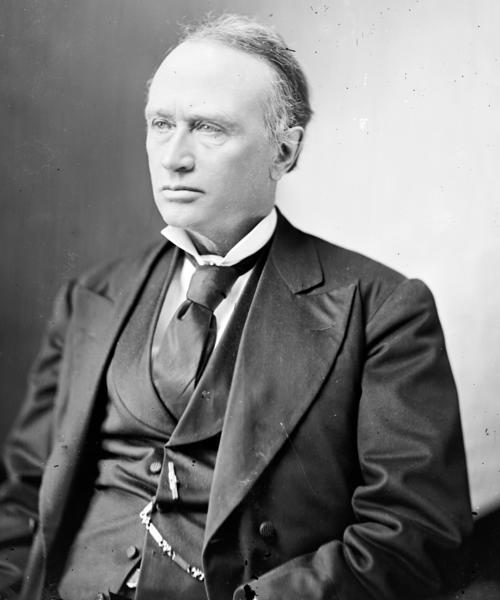 PHELPS, James, (son of Lancelot Phelps), Representative from Connecticut; born in Colebrook, Litchfield County, Conn., January 12, 1822; attended the public schools, the Episcopal Academy, Cheshire, Conn., Trinity College, Hartford, Conn., and the law department of Yale College; was admitted to the bar in 1845 and commenced practice in Essex, Conn.; member of the State house of representatives in 1853, 1854, and 1856; served in the State senate in 1858 and 1859; judge of the superior court of Connecticut 1863-1873; judge of the supreme court of errors of the State from 1873 until his resignation in 1875; elected as a Democrat to the Forty-fourth and to the three succeeding Congresses (March 4, 1875-March 3, 1883); declined to be a candidate for renomination in 1882; resumed the practice of law; again judge of the superior court 1885-1892; resumed the practice of his profession and also engaged in banking; delegate to several State conventions; died in Essex, Middlesex County, Conn., January 15, 1900; interment in River View Cemetery.
Courtesy of Biographical Directory of the United States Congress
Next page