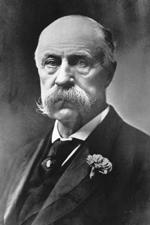 BLACKBURN, Joseph Clay Stiles, Representative and a Senator from Kentucky; born near Spring Station, Woodford County, Ky., October 1, 1838; attended Sayres Institute, Frankfort, Ky., and graduated from Centre College, Danville, Ky., in 1857; studied law in Lexington, Ky.; admitted to the bar in 1858 and practiced in Chicago, Ill., until 1860, when he returned to Woodford County, Ky.; entered the Confederate Army as a private in 1861 and was promoted to the rank of lieutenant colonel before the close of the Civil War; settled in Arkansas in 1865, where he was engaged as lawyer and planter in Desha County until 1868, when he returned to Kentucky and opened law offices in Versailles; member, State house of representatives 1871-1875; elected as a Democrat to the Forty-fourth and to the four succeeding Congresses (March 4, 1875-March 3, 1885); chairman, Committee on the District of Columbia (Forty-fifth Congress), Committee on Expenditures in the Department of War (Forty-fifth and Forty-sixth Congresses); elected as a Democrat to the United States Senate in 1885; reelected in 1890, and served from March 4, 1885, to March 3, 1897; unsuccessful candidate for reelection in 1896; chairman, Committee on Rules (Fifty-third Congress); again elected to the United States Senate and served from March 4, 1901, to March 3, 1907; unsuccessful candidate for reelection in 1907; Democratic caucus chairman 1906-1907; appointed Governor of the Canal Zone, Isthmus of Panama, by President Theodore Roosevelt on April 1, 1907; resigned in November 1909 and returned to his estate in Woodford County, Ky.; died in Washington, D.C., September 12, 1918; interment in the State Cemetery, Frankfort, Ky.
Courtesy of Biographical Directory of the United States Congress
Next page