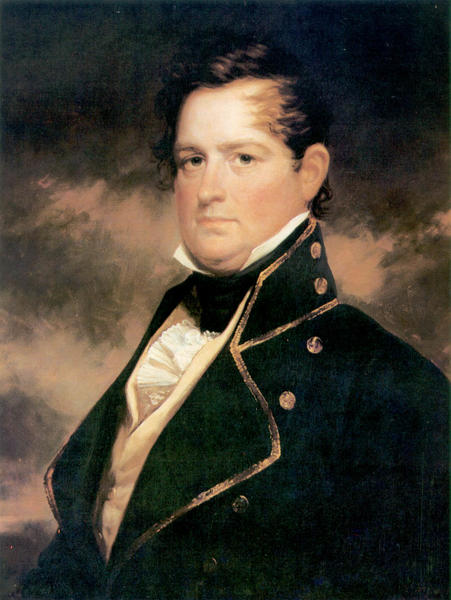 PORTER, Peter Buell, (grandfather of Peter Augustus Porter and uncle of Augustus Seymour Porter), Representative from New York; born in Salisbury, Conn., August 14, 1773; was graduated from Yale College in 1791; studied law in Litchfield, Conn.; was admitted to the bar and commenced practice in Canandaigua, N.Y., in 1793; clerk of Ontario County 1797-1804; member of the State assembly in 1802 and again in 1828; moved to Buffalo, N.Y., in the fall of 1809; elected as a Republican to the Eleventh and Twelfth Congresses (March 4, 1809-March 3, 1813); declined to be a candidate for renomination; appointed a canal commissioner in 1811; served in the War of 1812; major general of New York Volunteers 1812-1815; presented a gold medal under joint resolution of Congress dated November 3, 1814, for gallantry and good conduct in the several conflicts of Chippewa, Niagara, and Erie; elected to the Fourteenth Congress and served from March 4, 1815, to January 23, 1816, when he resigned; secretary of state of New York in 1815 and 1816; unsuccessful candidate for Governor of the State of New York in 1817; regent of the University of the State of New York 1824-1830; appointed Secretary of War in the Cabinet of President John Quincy Adams and served from June 21, 1828, to March 9, 1829; moved to Niagara Falls in 1836; presidential elector on the Whig ticket in 1840; died at Niagara Falls, Niagara County, N.Y., March 20, 1844; interment in Oakwood Cemetery.
Courtesy of Biographical Directory of the United States Congress
Next page