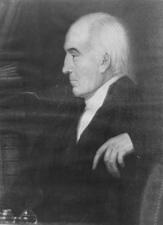 POTTS, Richard, a Delegate and a Senator from Maryland; born in Upper Marlboro, Md., July 19, 1753; moved with his family to the Barbados Islands in 1757; returned to Maryland and settled in Annapolis in 1761; studied law; commenced practice in Frederick County, Md., in 1775; member of the committee of observation for Frederick County in 1776; clerk of the county court 1777-1778; military aide to the Maryland Governor 1777; member, Maryland house of delegates 1779-1780; Member of the Continental Congress in 1781; prosecuting attorney for Frederick, Montgomery, and Washington Counties 1784; member, State house of delegates 1787-1788; declined the nomination for State senator in 1787; member of the Maryland convention which ratified the Constitution of the United States in 1788; appointed by President George Washington United States attorney for Maryland 1789-1791; chief judge of the fifth judicial circuit of the State 1791-1793; presidential elector in 1792; elected to the United States Senate to fill the vacancy caused by the resignation of Charles Carroll of Carrollton and served from January 10, 1793, to October 24, 1796, when he resigned; again appointed chief judge of the fifth judicial circuit 1796-1801; associate justice of the Maryland Court of Appeals 1801-1804; resumed the practice of his profession; died in Frederick, Md., November 26, 1808; interment in All Saints Parish Cemetery; reinterment in Mount Olivet Cemetery, Baltimore.
Courtesy of Biographical Directory of the United States Congress
Next page