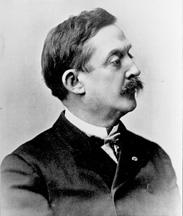 QUAY, Matthew Stanley, a Senator from Pennsylvania; born in Dillsburg, York County, Pa., on September 30, 1833; attended Beaver and Indiana Academies and graduated from Jefferson College, Canonsburg, Pa., in 1850; taught school; studied law; admitted to the bar in 1854 and commenced practice in Beaver, Pa.; prothonotary of Beaver County 1856-1860; during the Civil War, served as a colonel of the One Hundred and Thirty-fourth Regiment, Pennsylvania Volunteers, lieutenant colonel, assistant commissary general, military State agent at Washington, private secretary to the Governor, and major and chief of transportation and telegraphs; awarded the Congressional Medal of Honor in 1888 for voluntarily resuming duty, although out of active service, on the eve of the Battle of Fredericksburg, Virginia, December 13, 1862; member, State house of representatives 1865-1867; owned and edited the Beaver Radical 1867-1872; secretary of the Commonwealth 1872-1878, 1879-1882; recorder of the city of Philadelphia; State treasurer 1885-1887; elected in 1887 as a Republican to the United States Senate; reelected in 1893 and served from March 4, 1887, to March 3, 1899; unsuccessful candidate for reelection in 1899; appointed by the Governor to the United States Senate to fill the vacancy in the term commencing March 4, 1899, caused by the failure of the legislature to elect; presented his credentials on December 4, 1899, but the Senate did not seat him and referred the matter to the Committee on Privileges and Elections; resolution of the Senate on April 24, 1900, declared him not entitled to the seat; elected on January 15, 1901, to fill the existing vacancy, and served from January 16, 1901, until his death; chairman, Committee to Examine Branches of the Civil Service (Fiftieth Congress), Committee on Transportation Routes to the Seaboard (Fifty-first and Fifty-second Congresses), Committee on the Library (Fifty-second Congress), Committee on Public Buildings and Grounds (Fifty-fourth and Fifty-fifth Congresses), Committee on the Organization, Conduct, and Expenditures of Executive Departments (Fifty-seventh and Fifty-eighth Congresses); died in Beaver, Pa., May 28, 1904; interment in Beaver Cemetery.
Courtesy of Biographical Directory of the United States Congress
Next page