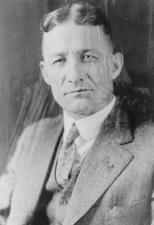 ROBINSON, Arthur Raymond, a Senator from Indiana; born in Pickerington, Fairfield County, Ohio, on March 12, 1881; attended the common schools; graduated from the Ohio Northern University at Ada in 1901, the Indiana Law School at Indianapolis in 1910, and the University of Chicago, Chicago, Ill., in 1913; admitted to the bar in 1910 and commenced practice in Indianapolis, Ind.; member, State senate 1914-1918, and was the Republican floor leader during the entire period; during the First World War served in the army as a first lieutenant, captain, and major; served in France in the Army of Occupation; resumed the practice of law; judge of Marion County Superior Court 1921-1922; resumed the practice of law in Indianapolis, Ind., in 1922; appointed on October 20, 1925, as a Republican to the United States Senate and subsequently elected on November 2, 1926, to fill the vacancy caused by the death of Samuel M. Ralston; reelected in 1928, and served from October 20, 1925, to January 3, 1935; was an unsuccessful candidate for reelection in 1934; chairman, Committee on Pensions (Seventieth through Seventy-second Congresses); practiced law in Indianapolis, Ind., until his death there March 17, 1961; interment in Washington Park Cemetery East.
Courtesy of Biographical Directory of the United States Congress
Next page