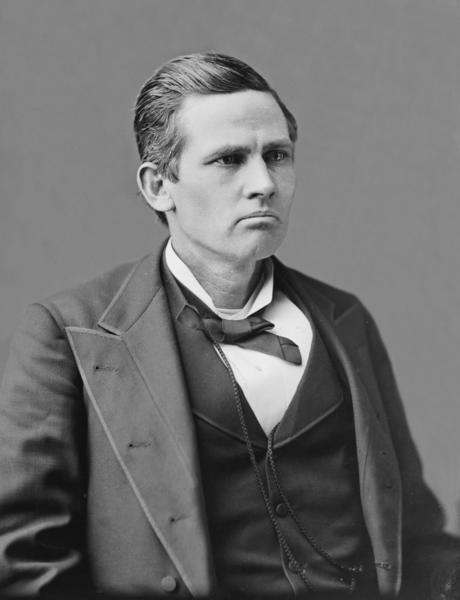 BLOUNT, James Henderson, Representative from Georgia; born near Clinton, Jones County, Ga., September 12, 1837; attended private schools in Clinton, Ga., and Tuscaloosa, Ala.; was graduated from the University of Georgia at Athens in 1858; studied law; was admitted to the bar in 1859 and commenced practice in Clinton, Jones County, Ga.; moved to Macon, Ga., in 1872 and continued the practice of law; during the Civil War served in the Confederate Army as a private in the Second Georgia Battalion, Floyd Rifles, for two years, and was later lieutenant colonel for two years; delegate to the State constitutional convention in 1865; elected as a Democrat to the Forty-third and to the nine succeeding Congresses (March 4, 1873-March 3, 1893); chairman, Committee on Expenditures in the Department of Justice (Forty-sixth Congress), Committee on the Post Office and Post Roads (Forty-ninth and Fiftieth Congresses), Committee on Foreign Affairs (Fifty-second Congress); was not a candidate for renomination in 1892; appointed by President Cleveland commissioner to the Hawaiian Islands on March 20, 1893; retired from that position in 1893 and devoted his time to his plantation interests; died in Macon, Ga., March 8, 1903; interment in Rose Hill Cemetery.
Courtesy of Biographical Directory of the United States Congress
Next page