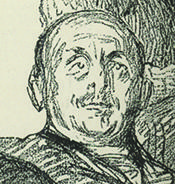 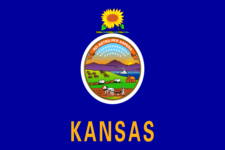 RYAN, Thomas, Representative from Kansas; born in Oxford, Chenango County, N.Y., November 25, 1837; moved with his parents to Bradford County, Pa.; attended Dickson Seminary in Williamsport, Pa.; studied law; was admitted to the bar in 1861; during the Civil War served in the Union Army 1862-1864; moved to Topeka, Kans., 1865; prosecuting attorney of Shawnee County 1865-1873; assistant United States attorney for Kansas 1873-1877; elected as a Republican to the Forty-fifth and to the six succeeding Congresses and served from March 4, 1877, to April 4, 1889, when he resigned; Minister to the Republic of Mexico 1889-1893; appointed First Assistant Secretary of the Interior by President McKinley in 1897, reappointed by President Theodore Roosevelt, and served in that capacity until 1907, when he was sent to Muskogee, Okla., as the personal resident representative of the Secretary of the Interior; died in Muskogee, Okla., April 5, 1914; interment in Topeka Cemetery, Topeka, Kans.
Courtesy of Biographical Directory of the United States Congress
Next page