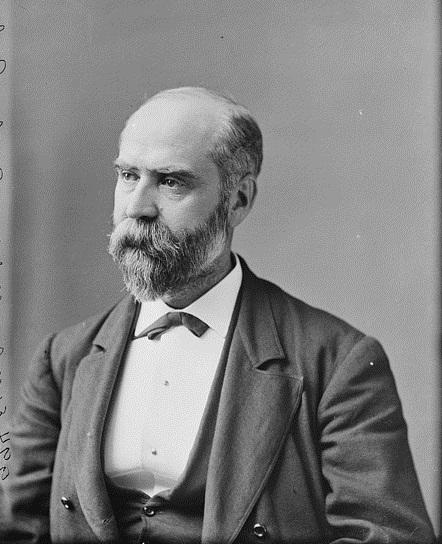 SAYLER, Milton, (cousin of Henry Benton Sayler), Representative from Ohio; born in Lewisburg, Preble County, Ohio, November 4, 1831; attended the public schools; pursued classical studies and was graduated from Miami University, Oxford, Ohio, in 1852; studied law at the Cincinnati Law School; was admitted to the bar and commenced practice in Cincinnati, Ohio; member of the State house of representatives in 1862 and 1863; member of the city council of Cincinnati in 1864 and 1865; elected as a Democrat to the Forty-third, Forty-fourth, and Forty-fifth Congresses (March 4, 1873-March 3, 1879); chairman, Committee on Public Lands (Forty-fourth Congress); unsuccessful candidate for reelection in 1878 to the Forty-sixth Congress; moved to New York City and resumed the practice of his profession; died in that city November 17, 1892; interment in Spring Grove Cemetery, Cincinnati, Ohio.
Courtesy of Biographical Directory of the United States Congress
Next page