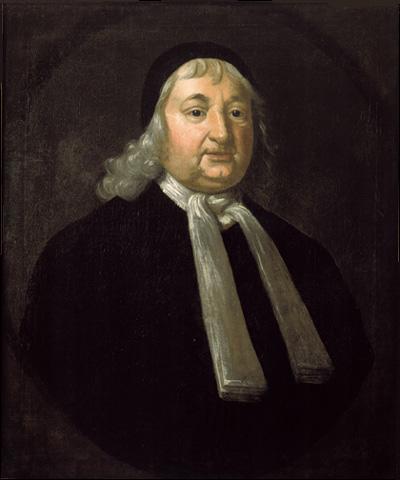 SEWALL, Samuel, Representative from Massachusetts; born in Boston, Mass., December 11, 1757; attended the common schools and was graduated from Harvard College in 1776; studied law; was admitted to the bar and commenced practice in Marblehead, Mass.; member of the State house of representatives 1784 and 1788-1796; elected as a Federalist to the Fourth Congress to fill the vacancy caused by the resignation of Benjamin Goodhue; reelected to the Fifth and Sixth Congresses and served from December 7, 1796, until his resignation on January 10, 1800; one of the managers appointed by the House of Representatives in 1798 to conduct the impeachment proceedings against William Blount, a Senator from Tennessee; associate judge of the supreme court of Massachusetts 1801-1813 and served as chief justice in 1813 and 1814; died in Wiscasset, Maine, June 8, 1814; interment in Ancient Cemetery; reinterment in the family tomb at Marblehead, Mass.
Courtesy of Biographical Directory of the United States Congress
Next page