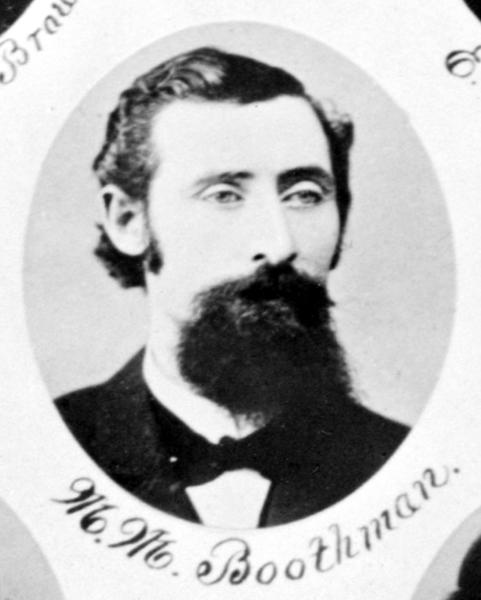 Representative from Ohio; born near Bryan, Williams County, Ohio, October 16, 1846; attended the public schools; engaged in agricultural pursuits; enlisted in Company H, Thirty-eighth Regiment, Ohio Volunteer Infantry, January 4, 1864; served through the Atlanta campaign; was graduated from the law department of Michigan University at Ann Arbor in 1871; was admitted to the bar and commenced practice in Bryan, Ohio; elected treasurer of Williams County in 1871 and reelected in 1873; elected as a Republican to the Fiftieth and Fifty-first Congresses (March 4, 1887-March 3, 1891); was not a candidate for renomination in 1890; resumed the practice of law in Bryan, Ohio, and died there March 5, 1904; interment in Fountain City Cemetery.
Courtesy of Biographical Directory of the United States Congress
Next page